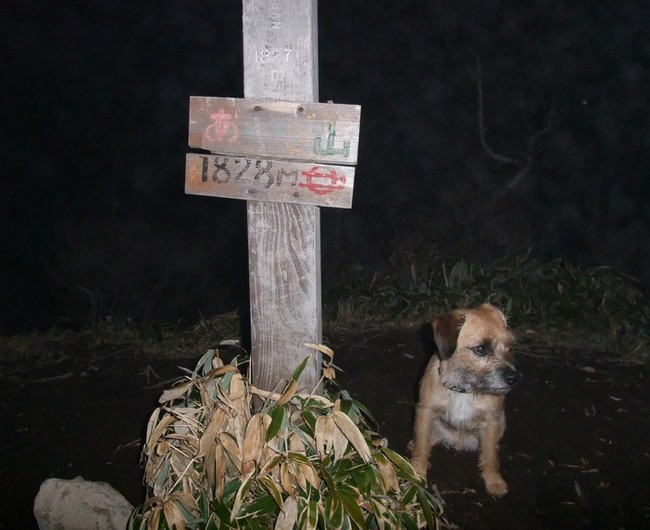 According to a New Scientist article, the bugs crowding around a light at night are there purely by chance: “I have spent thousands of hours sitting by light traps observing insect behaviour and I feel, for the most part, it is pure accident that they stumble upon the light.” I would suggest he don a headtorch and try climbing a mountain at night. He would find that his mouth, wide-open and gasping for air, will collect more insects with the headtorch on, but that this is less painful than climbing with it turned off. On this humid night, a reminder of the horrors of the rainy season forgotten during the crisp winters of the Kanto plain, the bugs were abundant. Fortunately, Akagi was a short climb.

As Keisuke picked his way down the slippery rocks, Hana suddenly bolted past him, tail and ears erect, in hunting mode. “What’s got into her?” he asked. “Oh, it will just be some animal she can smell or see.” A momentary look of panic flicked across his face. But it’s true that pairs of eyes in the forest, reflected in the beam of the headtorch, are unnerving.