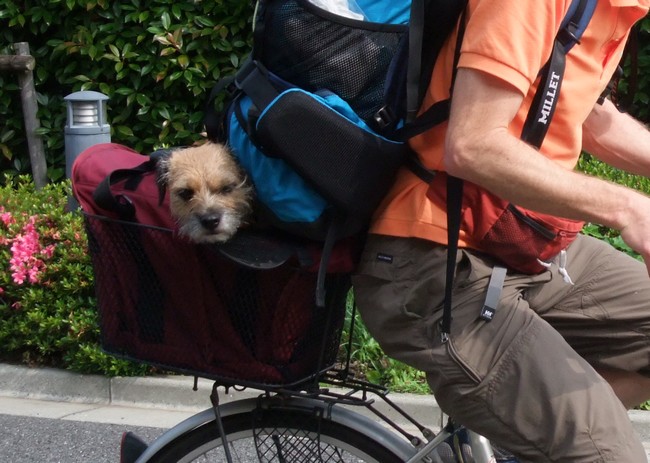 I had been putting this one off. I have edited so many brochures for companies in Tsukuba that wax lyrical about the verdant beauty of the surrounding countryside and magnificent nature to be found on Mt Tsukuba that I knew it couldn’t be true. But before the weather gets even hotter and my temper shorter, the time had come to get this one out of the way, so I slunk away from the computer while still light.

It felt illicit, carrying a rucksack on the trains amid salarymen midweek. I drove up and along the skyline road, looking out over the night lights of Tsukuba and Tsuchiura below. On this clear night, it was beautiful (if not natural), and I would have stopped at one of the many viewing areas had each one not been occupied by a lovers’ car.

In the carpark at the base of the cablecar, a group of bored teenagers had ridden up on their decked-out mini mopeds and were lounging around the vending machines with nothing better to do than occasionally race each other around the carpark. They were all wearing identical furry hamster-like headcovers instead of helmets. Perhaps it was the dresscode of their gang, but they were certainly not in the style of British Hell’s Angels. I asked one of the rodents where the path to the top was. “You’re not going now? There was a wildboar up there last week. Aren’t you afraid of animals?” he asked. “It’s not the animals I’m afraid of,” I replied truthfully.

In the dark, the mountain was mysterious, the route made interesting by rock formations dedicated to deities and the heavy scent of cedars. I pitched the tent halfway down, protected by a shrine and thick forest to the rear, with views over the city lights from the tent entrance. Perfect. But the peace was soon shattered by the serious car racers, who came shortly before midnight, practiced spinning their cars close to where I had parked mine, before screaming down and back up the hairpins, tyres squealing until around 2 am.

The dawn brought quietness, but the light revealed the horror of the cablecar station area. Yes, Japanese culture truly is different, as are the planning regulations.