At 5 in the morning, I was back at the Kokuminshukusha, which is the base of not only the climb to Hiuchi, but also the entrance to Oze National Park. With this being Mizubasho season, coaches and cars were disgorging hikers in the hundreds. Argh! But mercifully the majority of them were heading off toward the marshes, and the climb up Hiuchi was relatively quiet.

Perhaps my “summer has arrived” conclusion on Tanigawa was premature. Aizukomagadake was still very firmly locked in winter, much to the delight of the dog, who loves to rub her face and scratch her back in the snow, and then charge around me in loops of ecstasy. 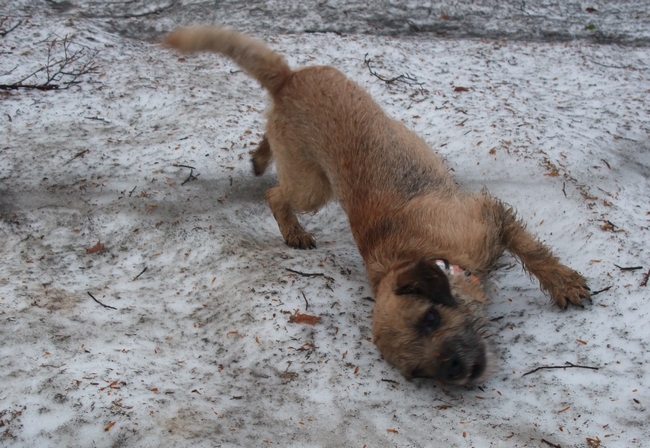 Following is the snow condition on top of Hiuchi on June 8, 2008. There was a very solid set of steps kicked into the snow. Being cautious, I put on mini-crampons just for the final 30 meters, but it was not a dangerous long slither in the worst case. In contrast, Aizu was blanketed in snow, albeit completely safe.